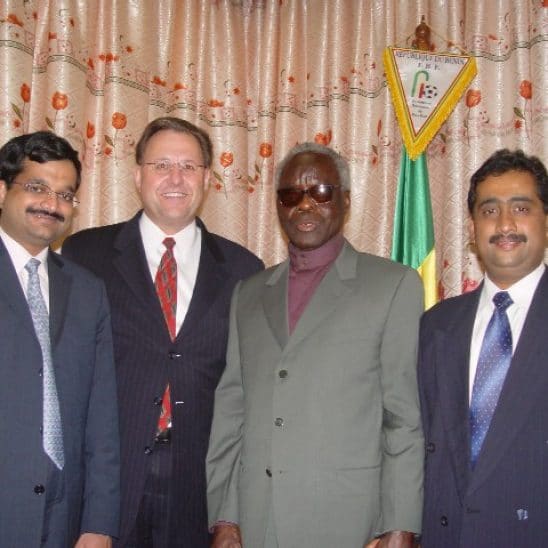 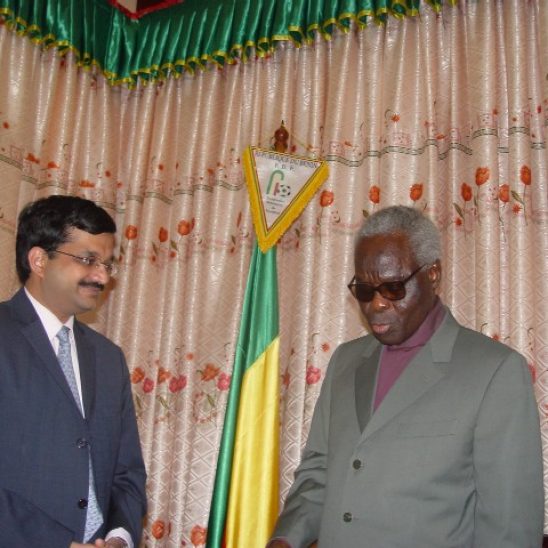 On the invitation of the Minister of Industries and Trade on behalf of the government of Benin, Mr. Rajiv Podar and Mr. P.N. Muralidharan visited Benin from 24 th March 04 to 29 th March 04.

They were given a very warm welcome and reception. The Minister of Industries and Trade HE Mr. Gatiou Akplogan along with his cabinet and the President of the Benin Chamber of Commerce received them at the airport and accompanied them to the Hotel.

Visit to the Free Trade Zone (Near Nigeria Border) and the Port were organized.

An interaction with private Businessman was organized by the Chamber of Commerce. The meeting was presided by the President of the Chamber Mr. Ataou Soufiano. Several proposals and areas of cooperation were discussed. Mr. Rajiv K Podar was delegated rights to negotiate any matter concerning expanding and deepening the trade and economic relations between the Republic of Benin and India and to prepare proposals for concrete aspects of economic cooperation

The government offered it full support and agreed to facilitate IBECC to set up such projects.

HE Mr. Kerekou, the President of the Benin honored Mr. Podar and Mr. Muralidharan by sparing time for an interaction and discussion with them. The meeting last 90 minutes and HE assured Mr. Podar of their Governments desire and support in all projects listed above.

IBECC will shortly be opening a showroom to exhibit products of interest to Benin in particular and West Africa in general in Benin .