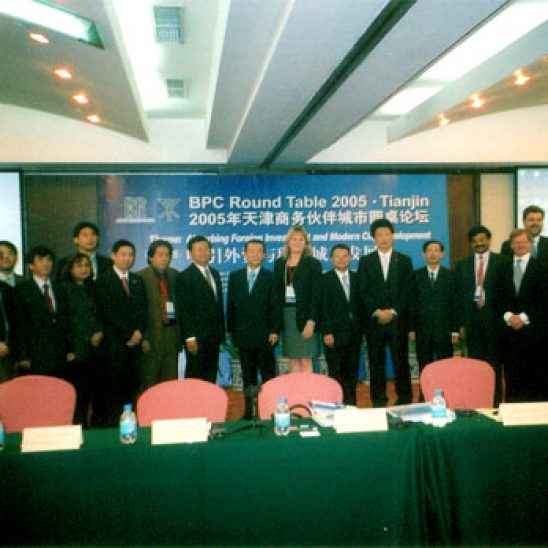 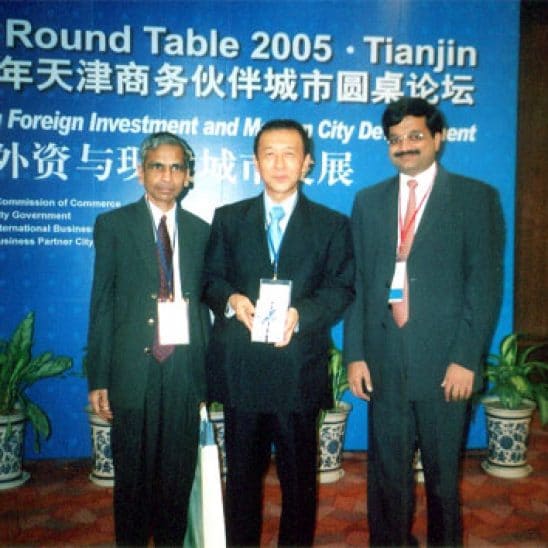 Our Managing Director Mr. Rajiv Podar had the honor of representing India and the Indian Merchant Chambers at the Business Partners City Round Table 2005 in Tianjin. The conference was attended by the Government of Tianjin and Osaka along with representatives from the Government and chambers of city of Melbourne, Bangkok, Jakarta, Manila, Hong Kong, Shanghai, Vietnam etc.

Mr. Podar made two presentations at the conference, one on “Absorbing Foreign Investments and Modern City Development” another on “Prospects for BPC Economic and Trade Cooperation”..