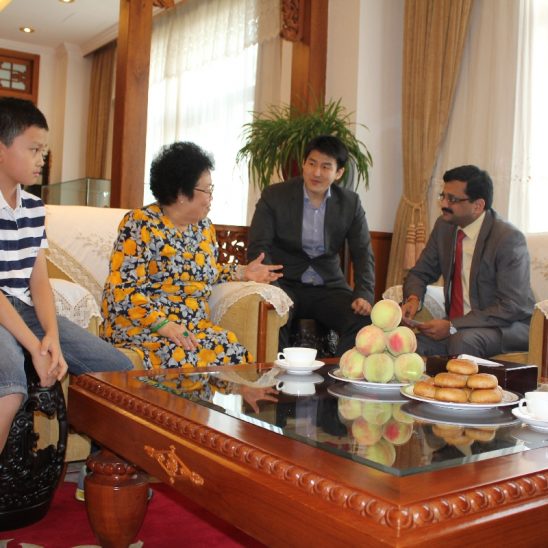 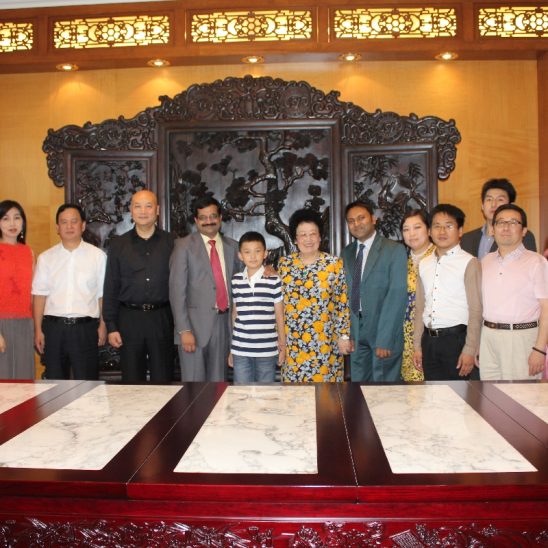 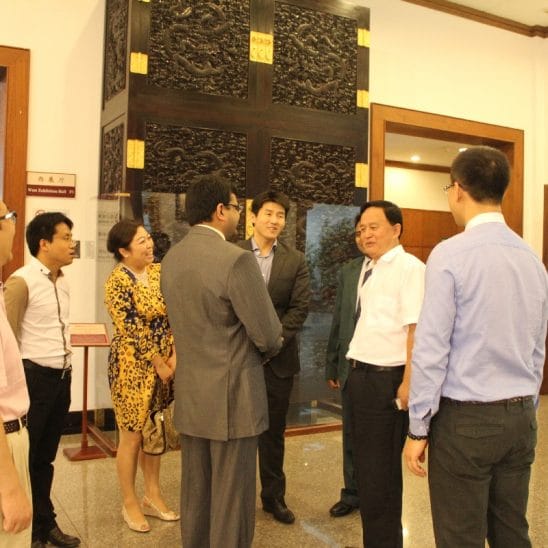 She introduced Mr. Podar to her family and presented him an embroidered picture of Horse on silk to symbolize good luck in this ‘Year of Horse’. Madam Chan Laiwa expressed her group’s willingness to cooperate with Podar group on projects of Investment and other opportunities.

Mr. Podar and his team were given a tour of the China Red Sandalwood Museum – an AAAA rated National Tourist attraction. It is China’s first and largest private museum specialised in tech research and collection of red sandalwood sculptures and classic furniture. It is fully invested and owned by Fu Wah International Group.

At the end of tour, Mr. Chiu Yung – President of Fu Wah International Group and son of Madam Chan Laiwa emphasised on possibilities of cooperation between the two groups.