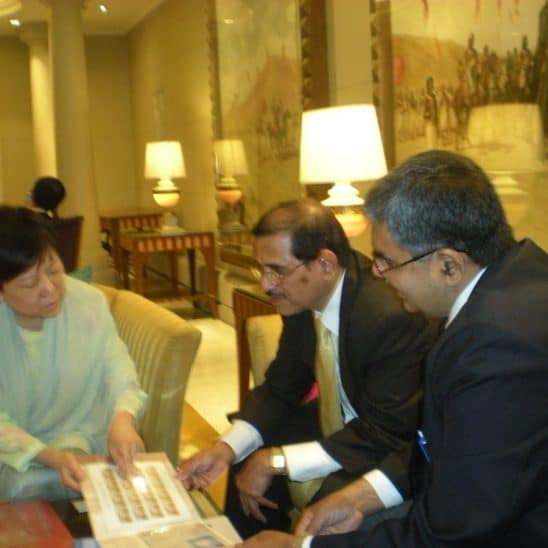 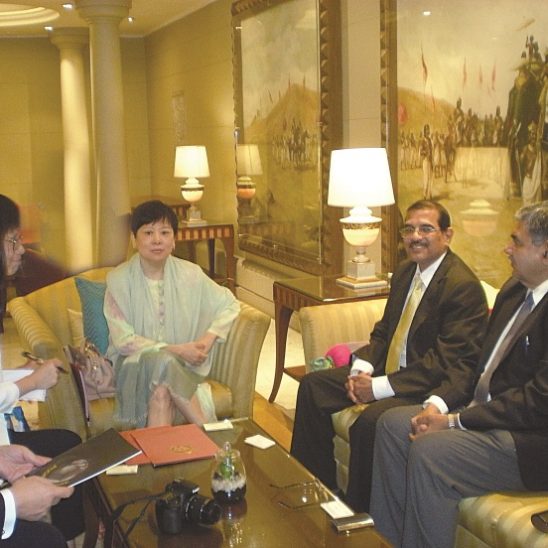 Madam Li signed and Agreement of cooperation with Podar Enterprise for improving the ties of friendship between China and India through joint efforts of CPAFFC and Podar Enterprise. She also presented a stamp folder published by CPAFFC to commemorate 60th anniversary of its establishment. The folder also contained and envelope decorated by a painting done by Madam Li herself on theme of Panchsheel.