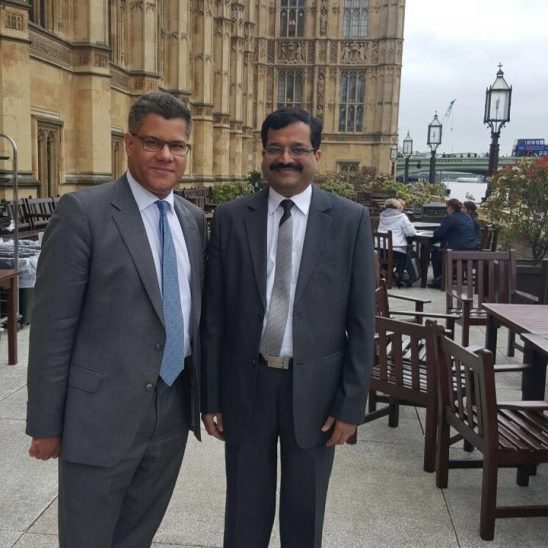 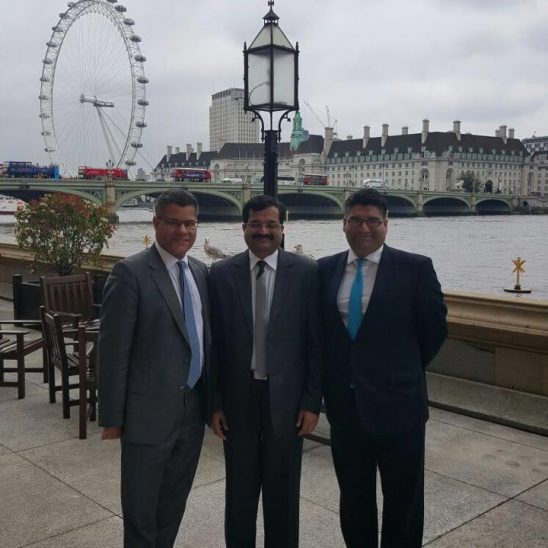 Mr. Podar met Mr. Alok Sharma, the British MP, at the House of Parliament (Palace of Westminster) in London.
Mr. Alok Sharma is the Member of Parliament for Reading West and has also been appointed as the Prime Minister’ s Infrastructure Envoy to India.
Also in the picture is Mr. Kishan Devani, Deputy Chairman of the Conservative Party, London Assembly